I had the pleasure of collaborating with North Carolina Poet Laureate, Jaki Shelton Green on an art project celebrating the 100th anniversary of the writing of W.B. Yeats’ iconic poem, “The Second Coming.” Starting from this seminal poem by Yeats, Jaki has written a poem that I have excerpted and sculpted on to the outside of this large ceramic vessel. Using literary and historic echoes from the 20th century, the project embodies the inclusive nature of our Orange County, North Carolina community, and it asserts the hope that our larger world community can unite around our shared humanity.

The year 2019 will mark the centenary of the writing of W.B. Yeats’ famous poem, The Second Coming. Its line, “. . . the centre cannot hold” is often quoted today, especially in a political or societal context. It was written as a disillusioned response to the dissolution of community, culture, and civilization, the chaos brought about by the First World War and its aftermath.

At my request, Jaki composed a poem that she titled “Flowing Beneath the Center.” From our earliest conversations about this project Jaki’s poem was meant to be a direct response to Yeats’ iconic work, an assertion that our community can heal, can hold together, need not succumb to the forces of entropy. She generously said from the outset, “I’ll write more than you need and you can use whatever works on the ceramic piece.” Using many references to Yeats’ poem, this is what Jaki wrote:

Flowing beneath the center

It is the navigation of water that holds
not the vessel of all things unhinged unshackled
but the free dance of a soundless tsunami
gathering children to the circle
holding all that is safe.

The midnight of history
blooms a sound unwasted
births a compassionate sea
remeasures hearts
for the making of a new center.

The hands of free men
etch new circles
invite children to stand
in a center that does not bend.

Twirling towards the shadow of the falcon
the falconer reaches beneath new wings
loosening a new generation whose hands spread beyond
second comings.

The earth will wail
ceremony will collapse
the falcon will fly backwards
but the caladrius will fly inside smoke and shadow
allowing its wings to hold the center.

My idea was to use the vessel form to embody the notion of “holding”. Vessels hold. This is the part of Jaki’s poem that I chose to put into/on the large vessel’s surface:

The earth will wail
ceremony will collapse
the falcon will fly backwards
but the caladrius will fly inside smoke and shadow
allowing its wings to hold the center.

A center that does not bend.

Starting from the bottom and spiraling up, the phrase “allowing its wings to hold the center” appears at the apex of the vessel’s circumference. (The caladrius is a mythical white bird that heals.) The excerpted words continue spiraling up the vessel until it gets to “we the people will reclaim the center; we the people will sent the center free”. Those two lines entwine with each other on a steeper incline, in a “double helix” formation that goes almost to the top. Then, around the small opening at the top of the vessel there is the phrase “A center that does not bend”, hinting at this “center’s” illusive location inside. This suggests not just a “holding together” of the outside, of society and civilization, but of a definitive transcendent center, a mystery at the core.

If Yeats’ “. . . the centre cannot hold” is about the breakdown of community and the dissolution of civilization, then “. . . to hold the center” is an affirmation of community, of OUR community — our dedication to diversity and inclusion, to our values of comity, unity, and to welcoming all into our midst.

The ceramic piece will be on display at the Global Education Center on the University of North Carolina-Chapel Hill campus throughout the 2019/2020 academic year. It is displayed on a black stone cut for this purpose by NC sculptor, William Moore. 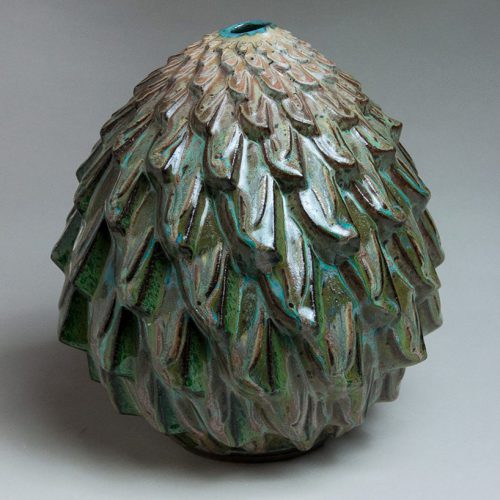 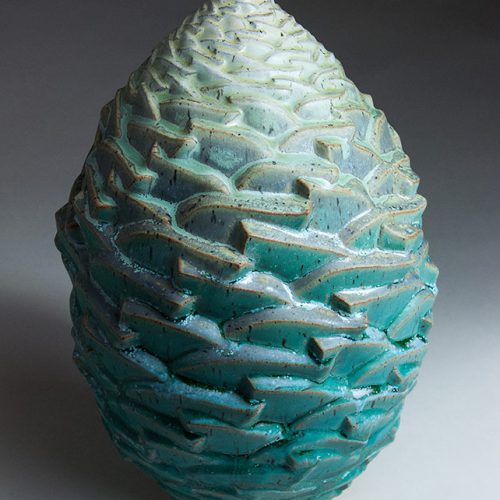 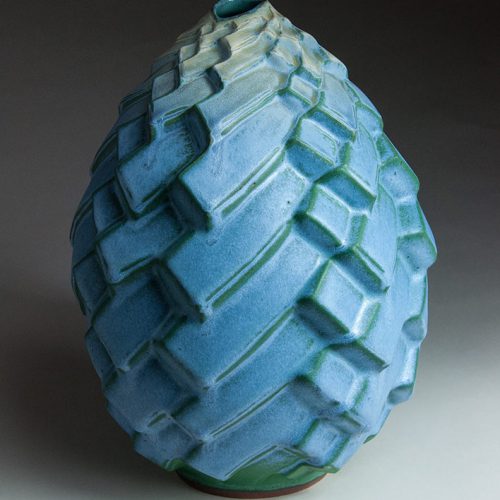 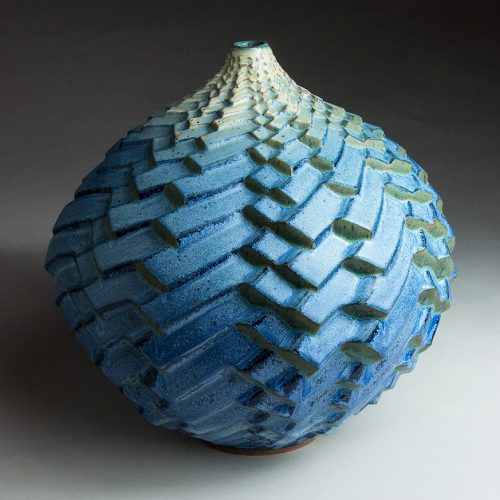 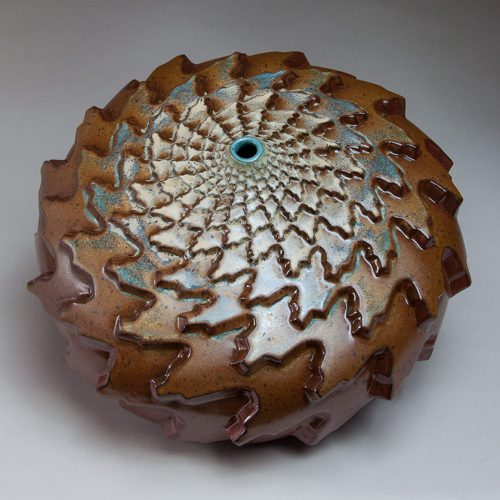 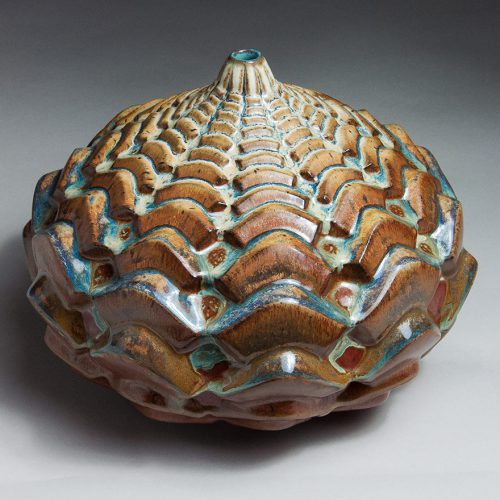 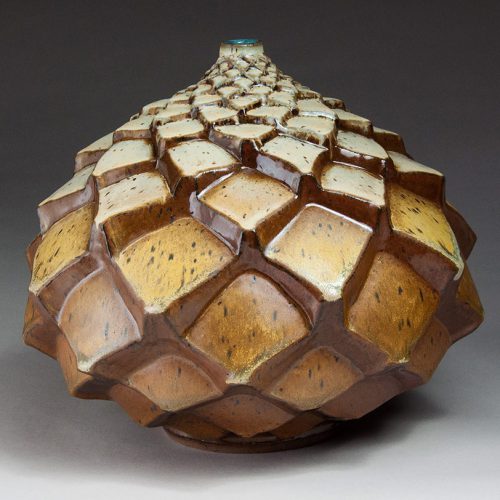 The Way Up is the Way Down 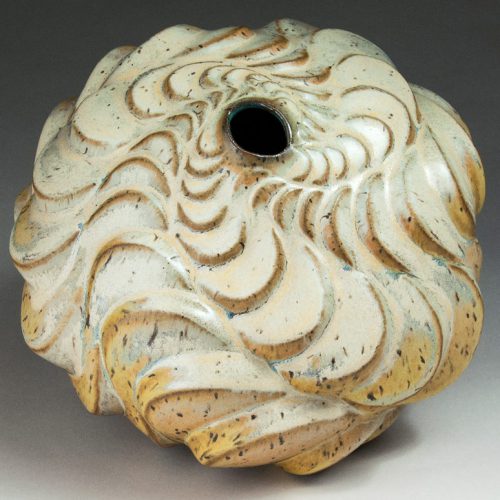 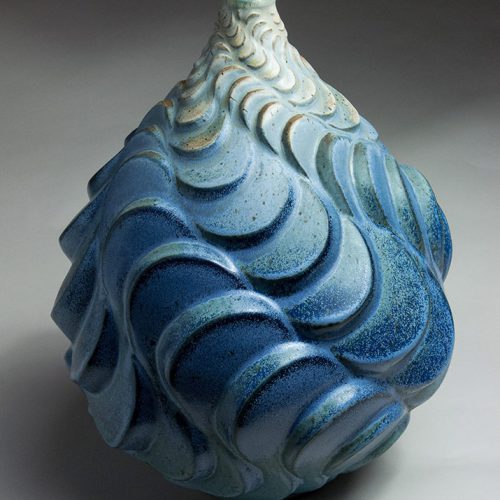 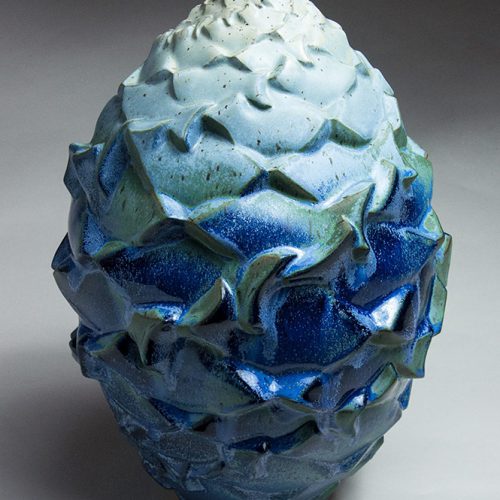 Journey to the Source 3 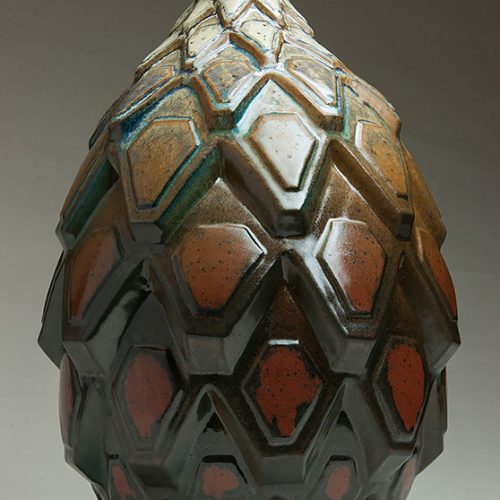 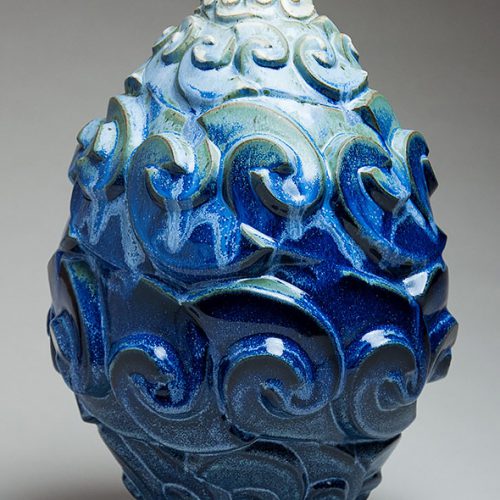 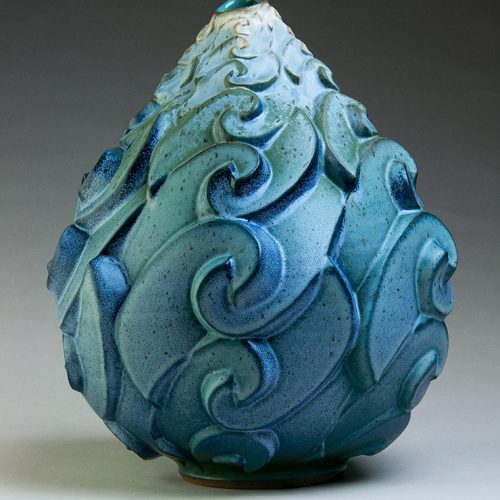 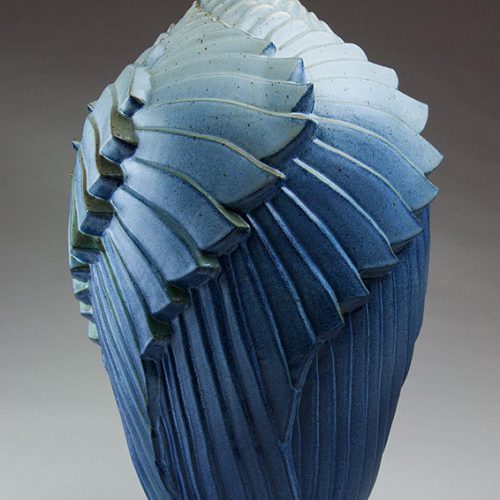 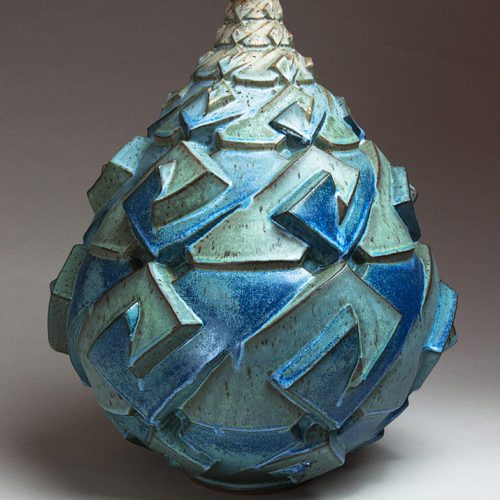 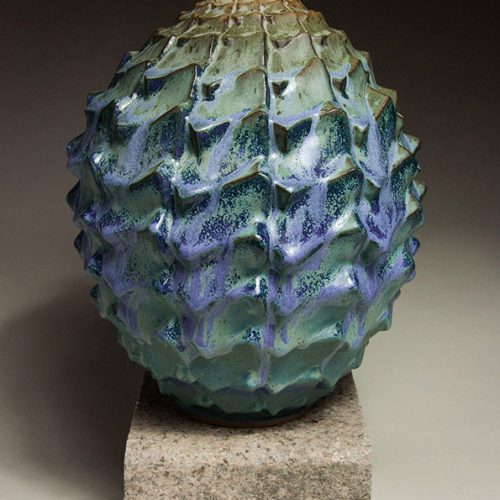