In the Reed Bed 2” is a commemorative piece, thrown on the wheel in December of 2007 to mark the 700th birthday of Jalaluddin Rumi. On the bottom it is signed with the inscription “Dec., 2007, 700th year Rumi.” “In the Reed Bed” is a reference to the famous beginning of Rumi’s Masnavi which describes the longing of the reed to be back in its home in the reed bed.

— Rhymed Translation by Reynold A. Nicholson

The reed, lamenting its abrupt removal from the reed bed, symbolizes the primordial longing of the soul to be united with its origins, to be at one with the Creator. “In the Reed Bed 2” is an interesting iteration in the context of my continuing engagement with the ideas of creation and transcendence embodied in all of my many “metaphysical pots”. The water of life emerges from the inside, at the top, and runs into the infinite ocean, at the bottom, symbolizing creation and transcendence respectively. If water is both inside and outside, then metaphorically, where is there not water? Yet the carved reed bed occupies the spaces between the waters, referring to Rumi’s “Reed forlorn”, and symbolizing that deep longing of the soul for union with the Creator that propels one’s journey from creation to transcendence.

“In the Reed Bed 2” is a large piece, 19 inches by 16 inches, and so has a notable volume. The deeper relief effects are achieved by cutting through the wall of the pot while it is still leather hard, manipulating the surface and then sealing the cuts from within with extra clay. All other details are carved. The piece is finished with numerous glazes in various combinations both sprayed and brushed. It emerged from the kiln miraculously more luminous than in my imagination, a rare occurrence.

A number of complete translations of this poem can be found at: Dar al-Masnavi, Ibrahim Gamard’s comprehensive guide to Rumi’s writings.

For more information about Rumi, whose poetry is read by millions of people worldwide, see the following: 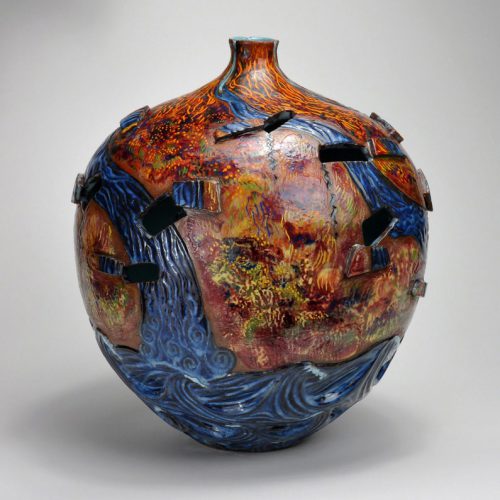 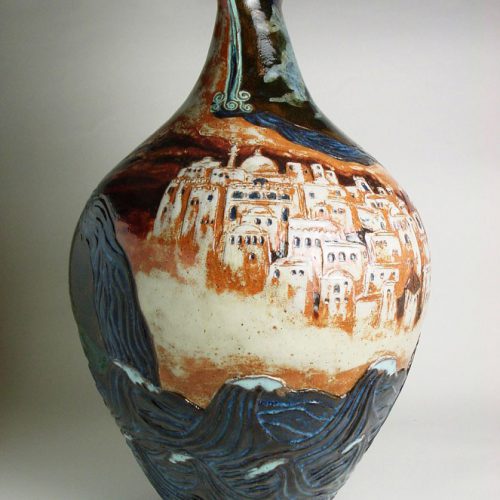 The Master’s House Has Two Doors (City Side) 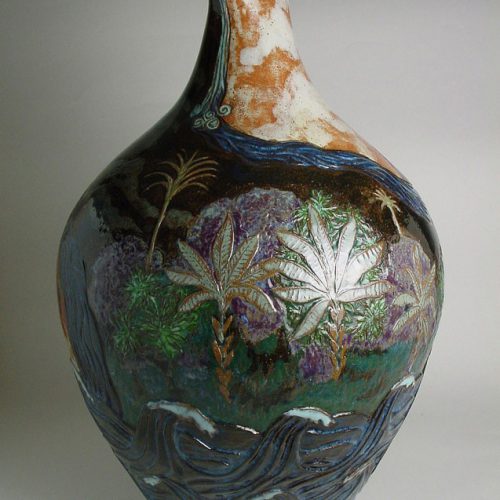 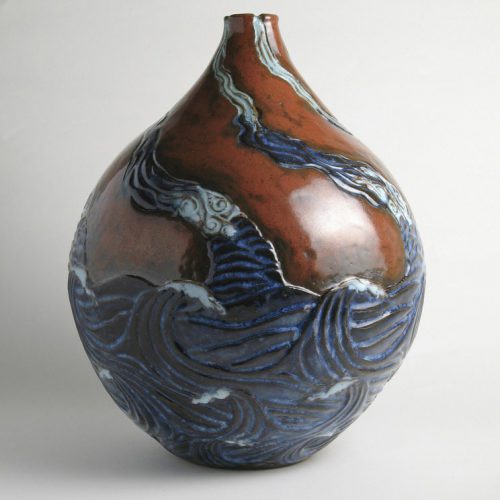 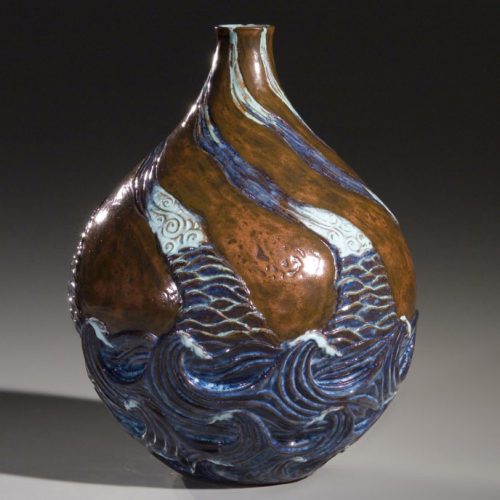 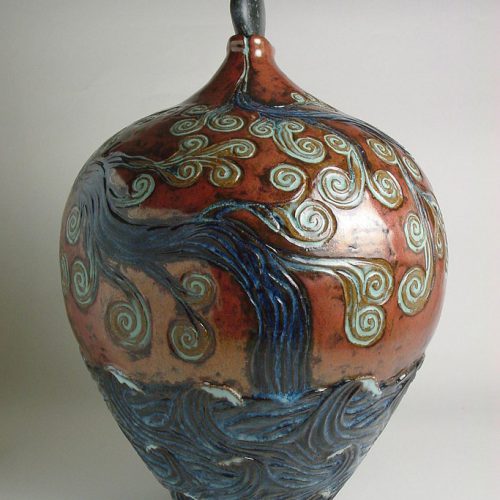 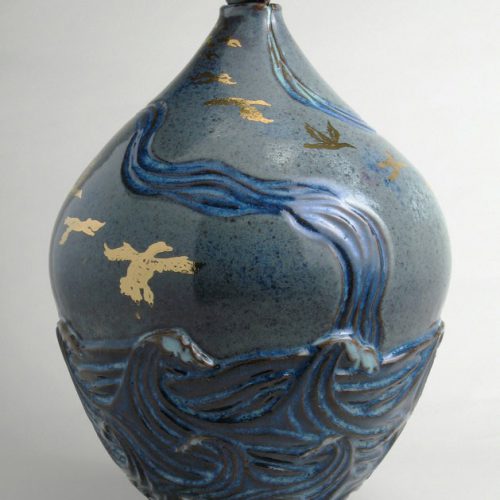 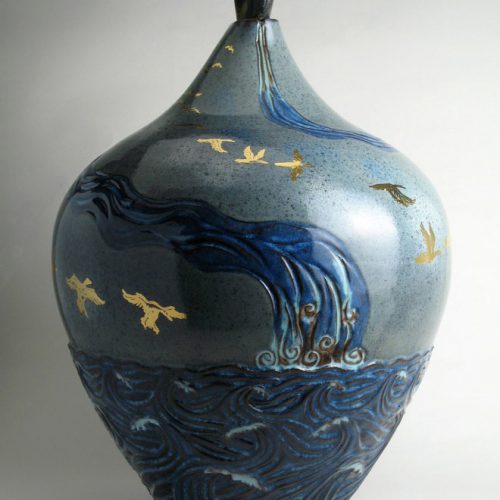 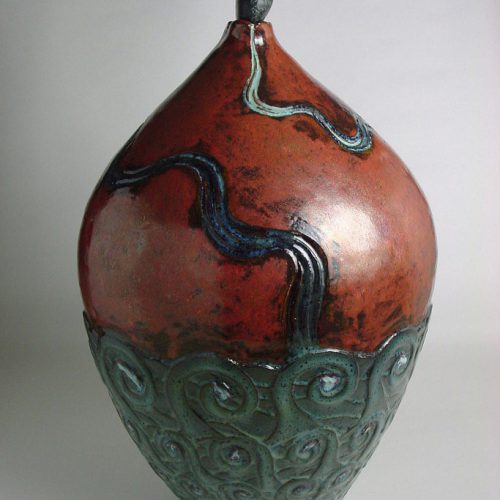 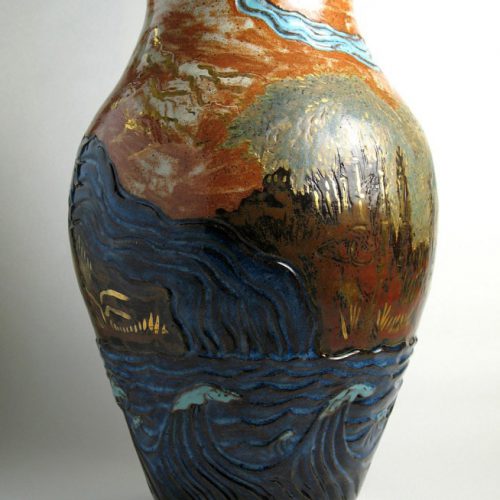